Why do so few women fly?

The first reason that some women don’t fly is because of how they are introduced to aviation. When my husband earned his license he took me up for a ride. Being a guy, he thought like a guy and believed in his heart that demonstrating a simulated engine failure and recovery would instill confidence in his plane-handling abilities. Being a woman, I thought it was a ride in Hell’s theme park. I’ve met a dozen other women who were similarly introduced to aviation and most stayed away afterward.

It took months for me to get near another small airplane. Hubby intended to buy a plane and so eventually, I’d be a passenger again. I vowed not to be a helpless one ever again. I hired an instructor to teach me how to radio for help and land the plane. Dear Instructor Don Kohler walked me through radio work, reading the instruments for heading and altitude, and landings. Lots of landings. He demystified the panel of blinking instruments, knobs, and do-dads. His patience gradually built up my confidence and knowledge. 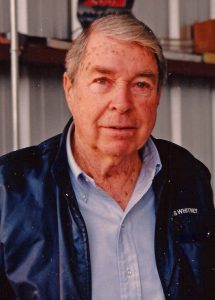 I confided in Don that aviation seemed an all-male club, so he introduced me to the legendary Betty Skelton, an aerobatic pilot whose Pitts Special airplane rests in the Smithsonian’s Air & Space collection. Back when women were expected to become teachers, wives, nurses, or secretaries, and mothers, Betty became an aerobatic pilot. Elegant, stylish, and bold, Betty’s passion for flying inspired me. Her plane’s N-number tells how she felt about aerobatic flying–22EZ. I decided to obtain my pilot’s license.

I told Hubby my intention. Well, I hadn’t seen him that excited—with his clothes on, anyway—in years. Who would’ve thought 110 low lead fuel would be an aphrodisiac?

A second large obstacle for women who want to learn to fly is resources. Flying is expensive and it costs time. Women tend to carry the heavier loads of parenting in terms of time. So to take lessons, certain factors had to converge in perfect synchronicity: the availability of the rental plane, good weather, my daughter’s presence at school, and the availability of the instructor.

After six months, I passed the written and practical examinations. Later, after being stranded in Claxton, Georgia due to cloud cover, I trained for and earned my instrument rating. Free to punch through clouds, I embraced flying. Now Handsome tends to work the fact that I’m a pilot into conversations. It always gets a double-take response and raised eyebrows. Never mind that I bore him a daughter and worked at a bank to support us through his grad school years. He brags that I’m a pilot? Men. Go figure.

We enjoy life at 8,000 feet. We’ve flown from central Florida as far south as the Cayman Islands; as far east as Crooked Island in the Bahamas; as far west as Las Cruces, New Mexico; and as far north as Mackinac Island, Michigan. We’ve flown to see the Balloon Festival in Albuquerque. We’ve visited Big Bend National Park, and Carlsbad Caverns because we could fly to them. We fly up to North Carolina to enjoy cool summertime weather and brilliant autumn foliage. We take turns to prevent a wrestling match for the left seat, which is where the pilot-in-command sits.

The largest obstacle for women in aviation to overcome is fear.

I have lost friends in airplane accidents. When traveling at 175 knots, 8,000 above the ground and things go wrong, fear can destroy judgment. Firefighters, police, Special Forces soldiers, and fighter pilots all say that the single greatest way to overcome fear and panic is through training, practice, and knowledge, because when an emergency happens—and it will—people revert to their training. Training is what enables us to shove emotion into the backseat.

I’ve experienced a few attention-grabbing events. Don taught me simple aerobatics: loops, rolls, and spins. In a spin you have to do the exact opposite of what instinct dictates to safely recover from the spin. It takes many practices to overcome the urge to follow instinct. Near Muskegon, Michigan the hydraulic line to the gear motor broke, so I hand-cranked the gear down and we landed safely for repairs. I’ve had a cylinder fail, and software go haywire, and watched a gyro tumble, but through it all, training trumped emotion. What began as boldness—to learn this new skill set and become licensed—has grown into steady confidence.

Being bold enough to learn to fly has been deeply rewarding. In 2004, I flew to Marathon in the Florida Keys to resupply friends who had lost power and food after a hurricane. In 2005, I brought my pastor to Pascagoula, Mississippi, so he could inspect the relief efforts of a smaller church post-Katrina to determine whether or not our larger church should send funds. Though I looked out of place among the military pilots and the jet pilots ferrying in FEMA representatives and supplies, I felt at home.

Flying has enhanced my marriage, not just because we can travel farther by taking turns at the controls, but because we are doing something we both enjoy. The world of aviation is still male-dominated, but I have to say everyone has treated me very well.

Being bold has paid off handsomely for me personally and professionally. We have a choice. We can live boldly or look back and wish we had. 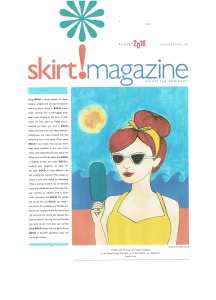