Not Just Along for the Ride 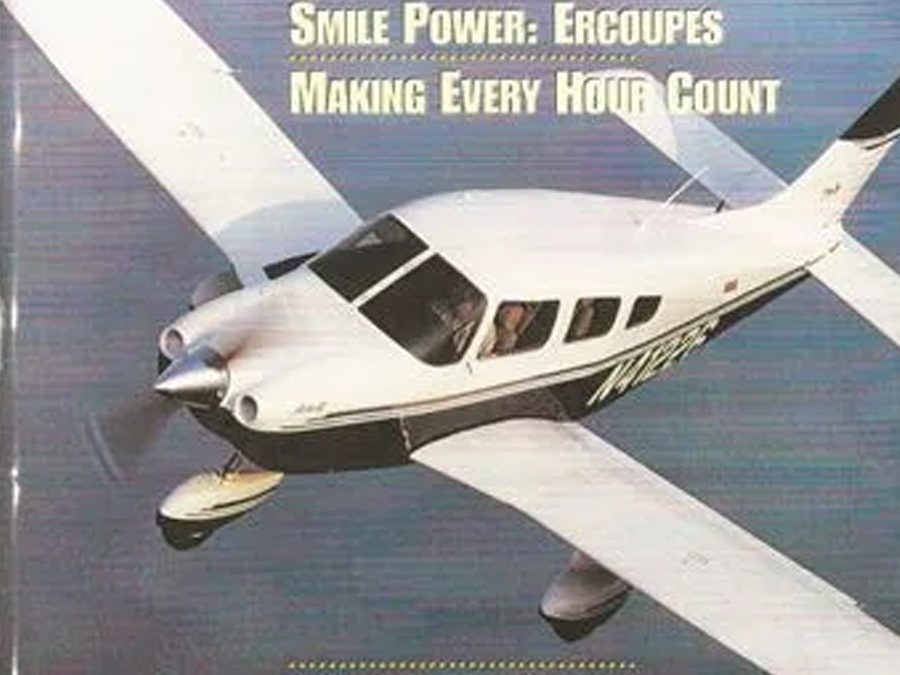 “Why can’t you take up golf?” I pleaded when my husband Maury announced he was going to learn to fly. First the red sports car, now this? My second reaction was to check our life insurance policies and our will. Was this part of a man’s ‘go-fast’ stage of life? He seemed undeterred by news clippings of commercial airliners pictured as twisted smoking remains. I feared what I didn’t know. I worried about the dangers that he would face in an environment with such fatal consequences for error. Would he perform as well at flying as someone who does it for a living?

Throughout his training, he urged me to take lessons, but I wasn’t interested in riding in a small airplane, let alone controlling one. I preferred tamer, safer activities, such as waterskiing in the alligator-infested lakes of Central Florida, where we lived. Maury loved flying from day one and tried to instill his enthusiasm in me. At times his insistence, that I should do as he does, felt like badgering or nagging. I didn’t appreciate being ‘should’ upon and told him so. Suddenly the nagging stopped, and I traced the cause back to his flight instructor, who had warned him that nagging creates resistance.

After Maury got his certificate, he offered me a ride. Knowing how diligently he had studied this new hobby, I felt obliged to go. What a mistake. He explained how safe the plane was and said something about how stable it flew in an engine failure, and then—at 4,000 feet—it sounded as if he had stopped the engine. While he told me how many miles the plane would glide, I sucked air and stared at the panel of blinking lights, knobs and dials, hating them all. This stunt provoked panic and severely uncharitable thoughts toward the man I had loved and trusted for sixteen years. Handling emergencies, he explained, was part of the training. Smiling, he told me that he had everything under control, but all I could think about was beating him senseless if we survived.

“Start it up again now!” I demanded, dreading the long fall to the orange groves below. This was not how I wanted to spend my final moments.

When the sounds of the engine returned, my fear converted to silent fury. He had meant well. He believed that by simulating the worst-case scenario—an engine failure—he would prove that there was nothing to fear. By the time we landed I had calmed down to mere yelling. He was shocked that I hadn’t enjoyed the ride. This stunt kept me away from small planes for six months.

Clearly, he would continue flying with or without me. My choices were: to never get into a small plane—and spend weekends alone—or learn to fly so that I could land if I had to. I decided to challenge my fears.

Male pilots such as Charles Lindbergh, Eddie Rickenbacker, Chuck Yeager, and the ones so common on commercial flights, gave me the impression of aviation as a male-dominated realm. The only significant woman pilot I could name then was Amelia Earhart. In my mind, Lindbergh was famous because he had successfully flown across an ocean, and Earhart because she had died trying.

The few local women pilots I interrogated stressed that learning to fly wasn’t as mentally challenging as getting a college degree or as physically demanding as childbirth. After a ‘been there, done that’ pep talk to myself, I called Don Kohler, CFII, for an abbreviated training course on how to call for help on the radio and to provide practice in landing the plane. Patient, courageous, and witty, Kohler was the perfect instructor for me. He had been flying longer than I’d been alive, and the folks at the airport said that he didn’t scare easily.

I learned two important things on the first lesson: one, my feet couldn’t reach the rudder pedals; and two, bulky earrings don’t go with headsets. By lesson two, I had a booster seat and studs, and we went flying.

Kohler encouraged me through the hurricane season flight by flight. On our third flight, he casually brought up his beliefs about the afterlife, quickly adding that he wasn’t in a hurry to test them and would I please not touch the mixture control on final approach again. Gee, how did he know that I had momentarily confused it with the throttle?

Kohler’s coaching built my confidence and knowledge in increments, introducing me to each knob and dial, each chart and calculation and its importance. The only time I became unnerved came when we were on final approach at Winter Haven’s Gilbert Field, a non-tower controlled field. After I dutifully announced my position in the approach pattern on the downwind leg, the base leg, and the final leg, a man announced that he, too, was on short final and was going to ‘scoot’ under us. His low-wing plane zoomed 200 feet below us seconds later. I couldn’t reply to Scooter because what I wanted to say to him was prohibited according to FCC directives. I was forced to execute a go-around because landing behind him would have caused a crash. Scooter was long gone from the airport by the time we landed.

After hearing about the day’s lesson, my husband said, “Welcome to uncontrolled airspace.”

Helicopters, seaplanes, skydivers, hot air balloons, gliders, birds, and ‘stealth-flyer wannabes’ who don’t use the radio offer a variety of hazards for pilots. But, as my mother says, “Life is not fair—adjust.”

After many practice landings, the instructor dropped his hands in his lap and let me land the plane. My goal changed. YEEEEHA! No more learning just enough for an emergency; I wanted more. I wanted my certificate. When we walked into Jack Brown’s Seaplane Base, where I had rented the airplane, Kohler congratulated me again and then urged me to leave immediately; he recommended running. I obediently ran to the van and zipped home.

At our next lesson, he explained the peculiar traditions for celebrating a solo flight, such as cutting out and hanging the back of the pilot’s shirt or throwing the person in the lake. Had I known, I’d have kept a Dolly Parton-size bra handy for them to hang in my name.

Our neighbors, the Walkers, often took Saturdays to fly to the beach for what they called a hundred-dollar hamburger. They demonstrated the fun of flying as more than a means to get somewhere. The ground school course that I studied, featuring John and Martha King, also showed couples happily flying together. I wanted to be part of a team, to be more than someone just along for the ride, more than someone to hold the charts. It took me a year to get the certificate, completing the practical flight exam on my instructor’s birthday.

I’ve found no negative discrimination from male pilots beyond the usual “you have your license?” asked after I’ve already said so. Well, then there was the time that I walked into an airport lounge and the men stopped talking and looked uncomfortable. Doubting that their silence was from awe or hormone surges, I wondered if they were offended that a woman dared to enter their Y-Chromosome sanctum, so I didn’t linger. It turned out that the men weren’t offended by me; in fact, they were trying to avoid offending me because my sudden appearance had interrupted a rude joke. I can live with that. I can also live with having my hair restyled by David Clark headsets. And I can live with the smell of aviation fuel as my signature scent.

According to Diane Green, management assistant at the aviation piloting statistics branch of the FAA, women hold only six percent of the airman certificates in the United States. I’m proud to be one of them. And maybe, one day, we can fix that title. How long would men tolerate being called airwomen? How about calling us all fliers or aviators or pilots instead? Flying skills are not gender specific.

My husband is so proud that I challenged my fears to embrace his favorite activity that he works “My wife is a pilot” into conversations. I hope women settle for more than holding charts. Aim higher. Hold the controls. Flying is fun, and yes, I’d even recommend it over playing golf.

AOPA PILOT, The Airplane Owners and Pilots Association magazine, is the largest circulation magazine in general aviation with 400,000 subscribers. This article appeared in the New Pilot’s Journal column in November 1998. In 2000, I earned the instrument rating for single-engine land aircraft.