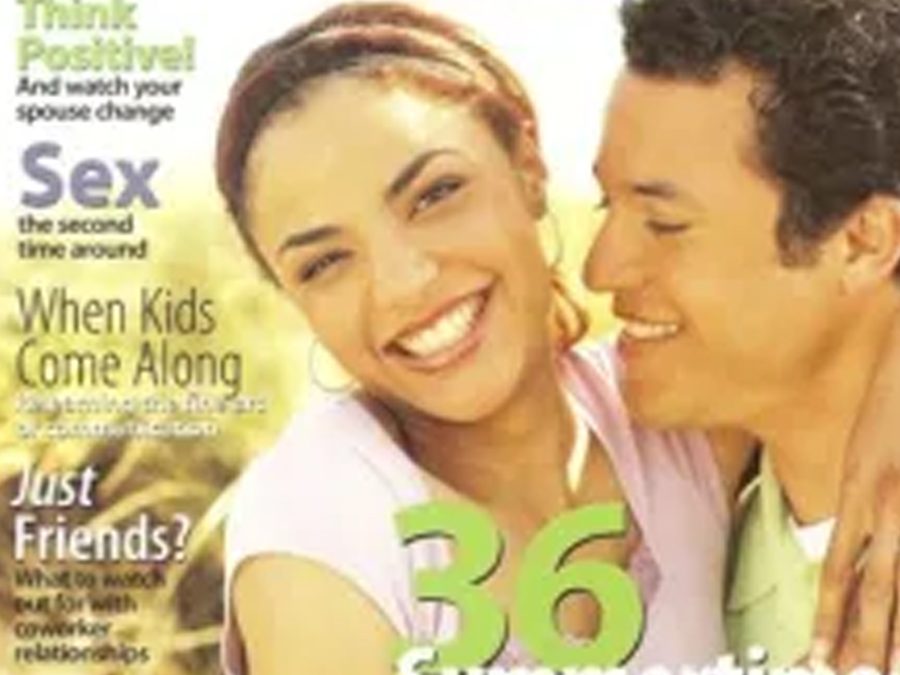 Getting my pilot’s license could be a boost for my marriage–if it didn’t kill us first.

“Why can’t you take up golf?” I pleaded when my husband, Maury, announced he was going to learn to fly. Fly? First the red sports car, now this? Was this part of a man’s “go-fast stage” of life?

But the more I tried to talk him out of his newfound desire, the more set he was to try it.

I had a feeling this one would test our relationship. And all my pleadings were in vain.

Throughout his training, Maury urged me to take lessons. But I wasn’t interested in riding in a small airplane, let alone piloting one.

I preferred tamer activities, such as water skiing in the alligator-infested lakes of Central Florida where we live. Of course, when I tried to learn to water ski, I broke a bone in my foot and sprained my neck. Bad knees prevented me from keeping up with him during snow skiing, and a near brush with drowning made scuba diving less than appealing.

But we wanted to find fun hobbies we could share. My pursuits of cross-stitch, gardening, and reading didn’t lend themselves to drawing us closer as a couple. And Maury, who loved flying from day one, believed sincerely he’d found just the hobby for both of us to experience together.

“You should try it. It’s really fun,” he insisted. I responded that I don’t appreciate being “should” upon. This hobby definitely wasn’t love at first sight—for me.

Several months later Maury earned his license and offered me a ride. My first impulse was to shout “No way!” But I knew how much it meant to him, so I nervously accepted.

During our flight, he explained how safe the plane was and how stable it flew in an engine failure. Then—at 4,000 feet above an orange grove—it sounded like the engine stopped.

While he excitedly told me how many miles the plane would glide, I sucked air and stared at the panel of blinking lights, knobs, and dials.

This stunt provoked not only panic but severely uncharitable thoughts toward the man I loved and had trusted.

“Handling emergencies,” he explained, “is part of the training.”

“Start it up again now!” I screamed. This was not how I wanted to spend my final moments.

“It’s okay. I have it under control,” Maury soothed, manipulating the hateful controls.

If hell had a theme-park this would be the featured ride, I thought.

The engine roared back to life and I resumed breathing. By the time we landed I’d calmed to seething fury. Maury was genuinely shocked that I hadn’t enjoyed my first ride. Apparently, by simulating the worst-case scenario— engine failure—he hoped to prove there was nothing to fear. He explained that a similar demonstration had impressed him, so he assumed it would have the same effect on me. I explained that it made me want to beat him senseless.

Clearly, Maury was committed to this hobby and would continue flying with or without me. My choices were: A) avoid small planes and spend weekends alone—which didn’t meet our doing fun hobbies together quota, or B) take a few lessons so I could land the plane in an emergency—such as if he ever choked the engine again.

After deliberating my options, I finally—reluctantly—chose option B. Flying was important to Maury, it was something I could do with him, and it could be an extra boost for our marriage—if it didn’t kill us first.

Maury was delighted. “You’re going to love this!” he said. “Just think about all the fun we can have together.”

Male pilots such as Charles Lindbergh, Eddie Rickenbacker, Chuck Yeager, and the ones so visible on commercial flights, gave me the impression that aviation was a male-dominated realm. The only significant woman pilot I could name then was Amelia Earhart. According to what I knew, Lindbergh was famous because he’d successfully flown across an ocean; Earhart because she had died trying. Not a ringing endorsement.

The few local women pilots I interrogated stressed that learning to fly wasn’t as mentally challenging as getting a college degree or as physically demanding as childbirth. After a “been there, done that” self pep talk, I called a certified flight instructor for an abbreviated course on how to call for help on the radio and to provide practice in landing the plane. Patient, courageous, and witty, Don Kohler had been flying longer than I’d been alive, and the folks at the airport said he didn’t scare easily.

Don and I practiced landings for weeks with both of us holding the controls while Don talked through the procedure. Over time he loosened his grip more and more until one day I looked over and saw his arms folded and his feet off the rudder pedals. I’d landed the plane! And with no injuries and no airplane parts left behind on the runway. Cue the Peter Pan soundtrack: “I can fly, I can fly. I can fly!”

Flush with adrenaline and success, I wanted more. When I told my sweetie I needed more lessons, well, you’d think Ed McMahon had handed him a giant cardboard check. I hadn’t seen him that excited—with his clothes on, anyway—in years. Money flowed toward this mutual objective.

It wasn’t enough for me to go along for the ride or to hold the charts for him. It wasn’t enough for me to be an educated passenger. I wanted us to be a team of qualified pilots. After earning my private pilot’s license, I earned the coveted instrument rating so my husband and I could simply take turns flying. Maury earned a commercial license with seaplane, instrument and multi-engine ratings as well. While I’ll probably never catch up to him, I’ve achieved skills beyond his—and my—expectations. I even took a few aerobatic lessons, just for the thrill of it.

So what if my hair gets re-styled by headsets and I smell like aviation fuel? Who would think that 110 low lead could be an aphrodisiac? Friends who once told us we were crazy now ask for rides. To afford a great airplane we share ownership of a well-equipped Cessna 210 (identified as N761XD) with two other couples. I’m alive in my husband’s heart as a can-do woman who shares his new exciting world of aviation. Oh—and I love it when he calls me Captain.

Embracing my husband’s hobby taught me to stretch my boundaries and to overcome fear through knowledge and ability. Flying gives my husband a separate world from his high-stress job as an orthopedic surgeon. Flying gives me freedom. Flying gives us both a new and exciting dimension to our relationship.

According to the statistics branch of the Federal Aviation Administration, women hold only 6 percent of the airman certificates in the United States. I’m proud to be one of them. My husband is so proud that he works, “My wife is a pilot” into conversations. Sure, over the last eight years we’ve flown to West Texas, Northern Michigan, Grand Cayman, the Bahamas, and many places in between. But the more significant benefit of sharing this hobby is that it brings a level of intimacy—we trust each other with our lives. And we spend more time together.

Sharing a hobby helped prevent us from drifting apart when it seemed some days that our only common interests were our daughter and our faith. Though we also have separate interests, we have this one to share, to draw us together, and enjoy long after our child leaves home. I would have robbed our relationship if I hadn’t taken those trial flying lessons to see why my husband embraced this hobby. Maury was right. Flying is fun, and yes, for us, it beats playing golf.

This article first appeared in 2006 in a Christianity Today publication. They were publishing a series on how sharing a hobby can affect the marriage relationship. The original is in their archives.

Parts of this piece were adapted from AOPA PILOT.