Frank Scalise (a.k.a. Frank Zafiro) is a cool guy. In the US Army he served in Military Intelligence. After that he rose through the ranks at the Spokane Police Department as an officer, detective, and retired as a Captain after twenty years. An avid reader, he had written some stories over the years. 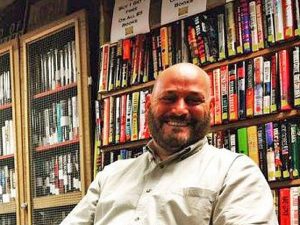 In “retirement” he launched his writing career. With 27 books published and more on the way, he writes non-fiction under his real name. His River City series of police procedurals put him on the literary map. River City is a fictional version of Spokane. His pen name for his multiple crime series is Frank Zafiro. He has been featured as the Amazon’s top author of police procedurals.

We met at Bouchercon 2018 in St. Petersburg, Florida. My friend Donna Kelly and I were wandering the halls of the Vinoy Renaissance the day before the conference began. As newbies to the conference and the beautiful Vinoy resort, we wanted to get our bearings. Okay, yeah, we were goofing off. 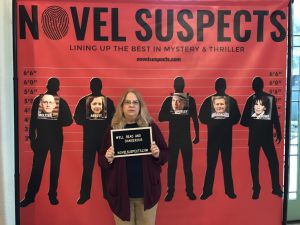 Donna in the author’s lineup. 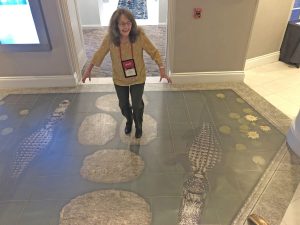 We met Frank. Charming, funny, and just as eager as we were to discover Bouchercon, Frank admitted this was his first Bouchercon. Like kids at a theme park, we ran into each other over the following days to swap stories of meeting our literary heroes and all the free books we’d scored. 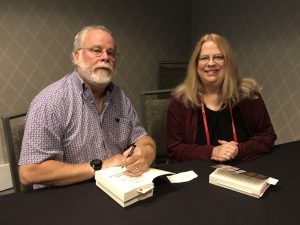 Michael Connelly signs a book or two for Donna. 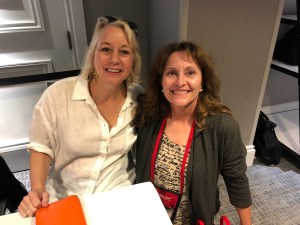 Laura Lippman autographed a book for me. 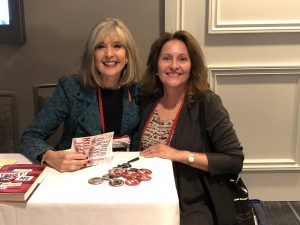 Hank Phillippi Ryan autographed a book for me! 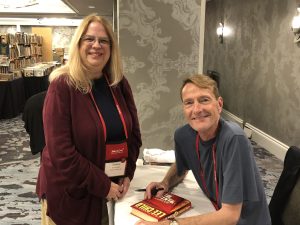 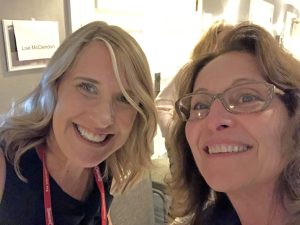 Author Kerry Lonsdale put a selfie of us on her blog a few years ago, so… 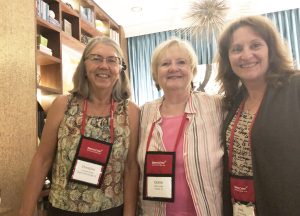 “Fill a hotel with few thousand socially-challenged introverts, folks for whom the ‘I’d rather be reading’ T-shirt was created, and force them to spend a long autumn weekend together, and what have you got? Bouchercon—and you’d be a fool to miss it.”~Lawrence Block 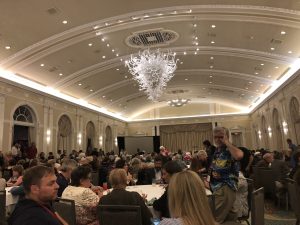 At the end of the conference, Frank invited me to schedule an interview for his podcast. We recorded it on February 7th. As a three-book author, I was thrilled to be included on his podcast. He’s interviewed best-selling and award-winning authors such as, Christopher Moore, Joe Clifford, Eric Beetner, Larry Kelter, and Dave Zeltersman. They talk about their experiences in turning a novel into a film, collaborating with other authors, the writing craft, and fearing that their internet searches put them on government watch lists.

Though I won’t be able to attend this year’s Bouchercon in Dallas, I know Frank will. He’s earned another fan by being himself. Frank is a cool guy. Frank is also an amazing author of crime fiction.

To listen to his 10-minute podcast with me, click here: Episode 33.

Thank you, Frank! You are a gentleman and a dangerously fun guy.