2017 RITA Nominee Author Carol J. Post crafts a story of romance, reunions, and revenge in her latest novel Reunited by Danger. Recognized in the Golden Heart Awards and the Royal Palm Literary Awards for her work, Post’s latest novel explores the lasting aftermath of teen behavior. As if high school reunions were not stressful enough, Amber Kingston faces hazardous relationships she wanted to leave in the past. 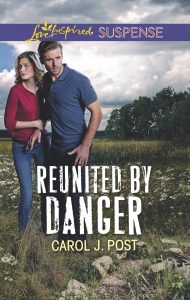 Five hard-partying friends, each carrying secret guilt, are invited to their 10th High School Reunion by one of their own who fails to appear. Ten years have passed since Amber parted ways with her friends, but long-held grudges rise again when the classmates are reunited. One by one, they are taunted by poetic threatening messages.

This story reminds me of Agatha Christie’s And Then There Were None. The reader is drawn into the mystery of who the killer or killers could be as the characters meet someone’s idea of justice. A taut, faster-paced, romantic suspense version of Christie’s concept sweeps the reader into the story early as the suspense escalates to the shocking end. I enjoy my suspense with a heavy dose of romance, so this story fully entertained from cover to cover. Big kudos to the author for building tension and drama and surprising twists without stooping to cringe-worthy language. So refreshing! 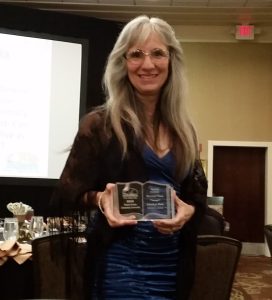 Reunited by Danger comes out on September 1, 2017, just in time for late summer reading on the beach. Just in time for the next generation of teens to return to school. Beware.